Get started for free

Convertigo's team is proud to announce the release of the latest version of the Convertigo Low Code Platform. Find below a list of enhancements we provide for this new version :

Convertigo Studio now supports the latest Ionic and Angular frameworks. This means that all the benefits of the Ionic 6 framework are now out of the box in Convertigo !

This includes the new components such as breadcrumbs, bottom sheets, the new DateTime widget, better desktop support, simplified popover and modals and accordions. 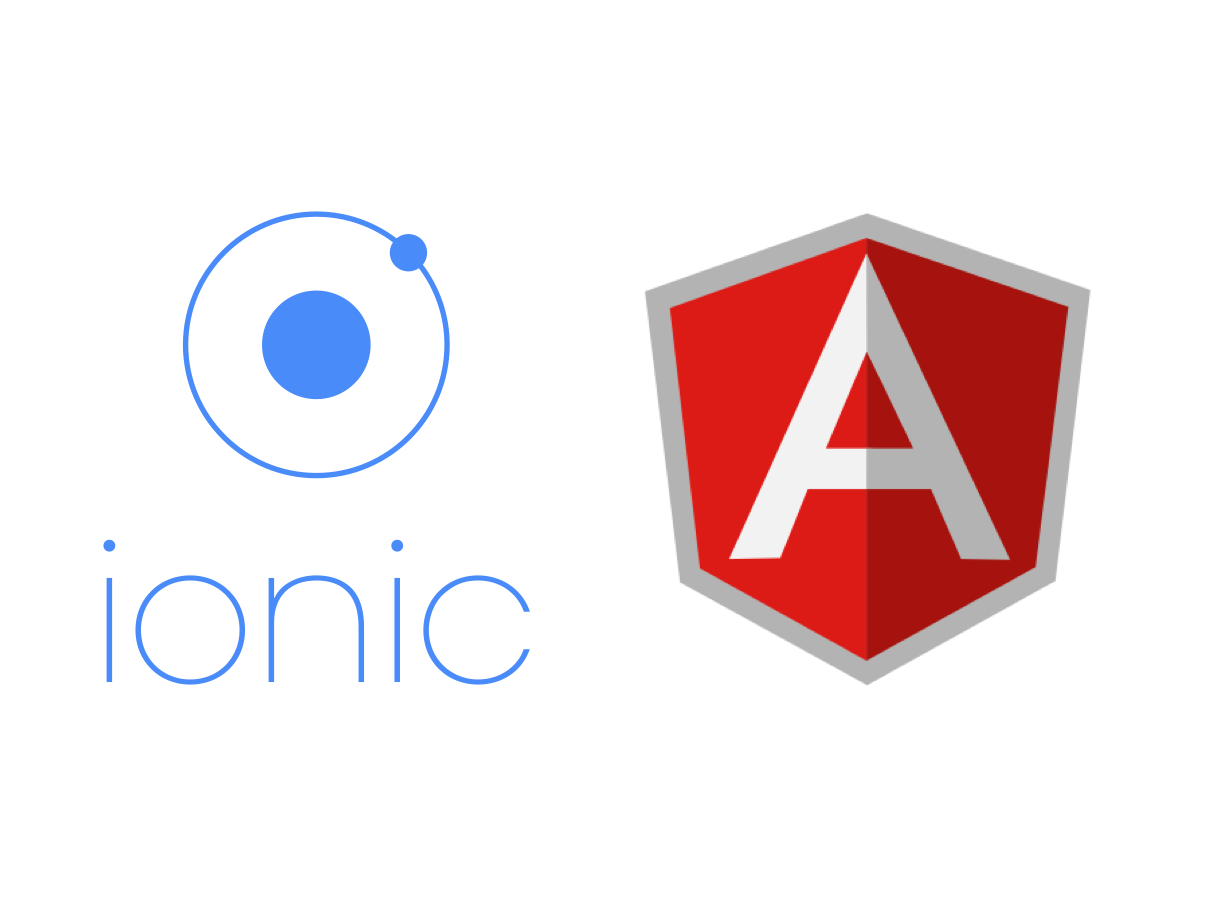 We provide now a new SwitchAction component for client event processing. Instead of using multiple If else components you can now use the SwitchAction with SwitchCaseHandler for each of the cases you want to handle.

In previous versions of Convertigo builder, SharedComponents were implemented using the angular template technology. This was leading to some poor isolation and component reuse. 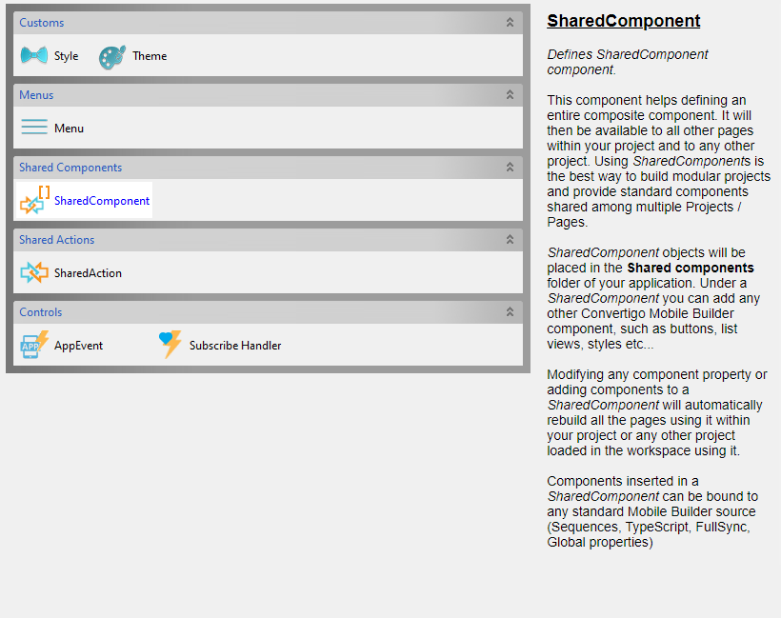 Many of you will love this feature ! Imagine you create a new page with many components inside and that suddenly you realize that all this component construction could be reused in other pages or projects...

Do no panic ! just use the new Create Shared Component wizard. This will create a new SharedComponent from the current selected top Component and use this component instead. in just a few clicks.

The builder had already a setGlobal Action enabling you to save some data in a global (Across all pages of you apps) space. We now added a new setLocal action enabling to save data only seen from the current page. 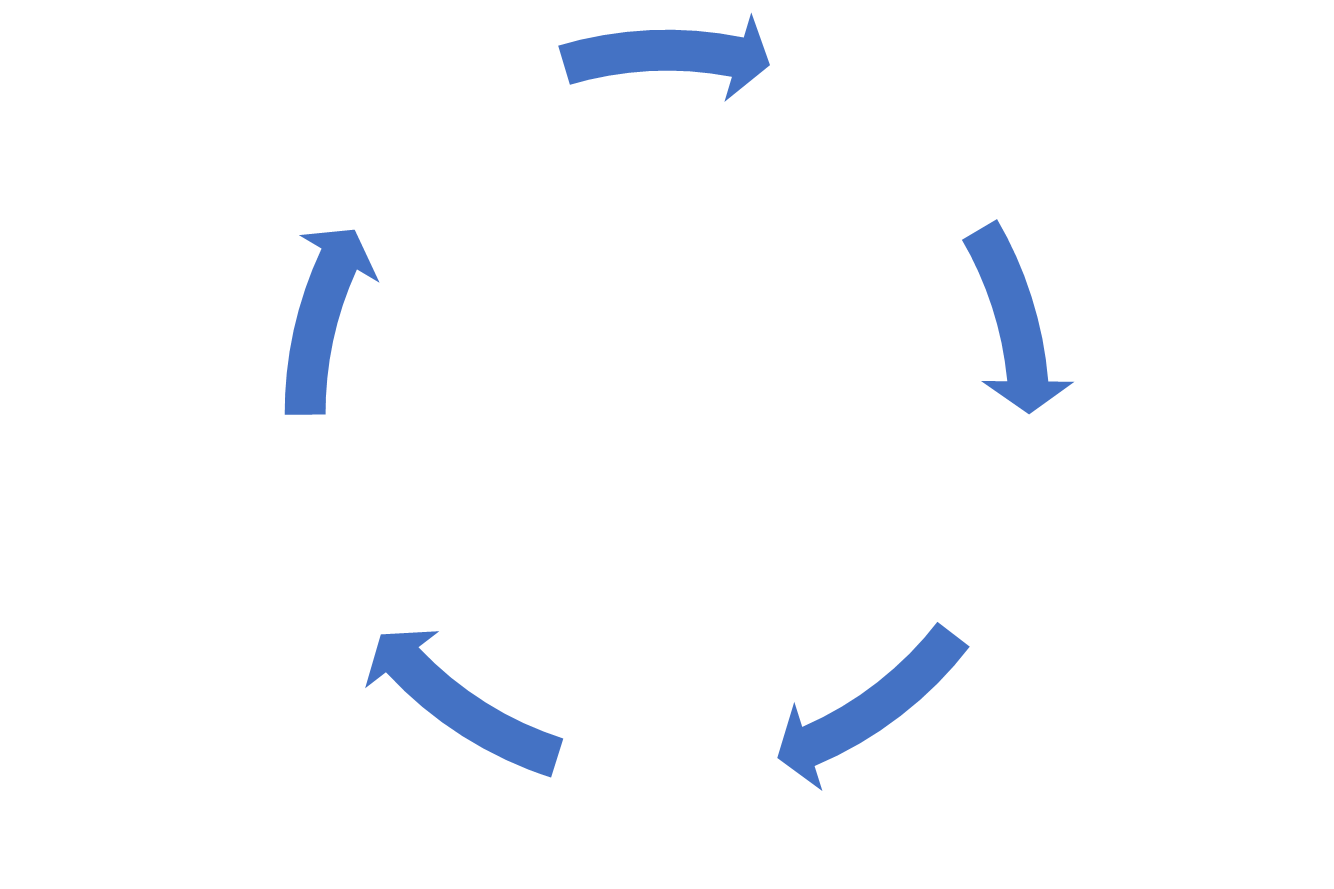 Builder was already providing PageEvents, AppEvents and component Events you could handle with actions.

You can now use JSON.stringify() in TS expressions

Simple but efficient ! One of the most used front-end actions is the Log action able to log data in the console and in the server logs. In many cases you would like to display some JSON structure combing back from a sequence or from a client event.

Just write JSON.stringify(out) in your Log action in TS Mode and you will see the data displayed in the console as a fully expanded JSON structure. 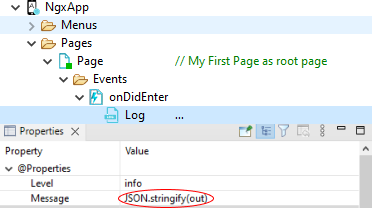 In Convertigo 8.0 we redesigned the app builder interface to allow direct drops of components in the app viewer instead off dropping them in the project tree.

This way as you move the mouse, the zone where you component will be dropped is dynamically highlighted in blue. When you drop the component, a menu will pear to ask you if you want to drop it inside the highlighted zone, before it or after it.

When Convertigo started several years ago, the Sequence engine was pretty oriented for XML data structures. Of Course, JSON is now must more widely used, so we added JSON oriented steps.

The Object step creates a JSON object, in which you add Fields and Arrays. You can of course also create Arrays of Objects.

You also have some utility Steps such as JSONtoXML (to Turn a JSON object to an XML structure) and JsonSource to source a data structure from a previous step and have this data turned to a JS variable you can use anywhere then JS scope of your sequence.

Using these steps will save you many lines of SequenceJS code and will accelerate your development.

As WriteCSV and ReadCSV steps were already available, we added 2 new steps to read and Write JSON file directly. This is very useful to import JSON data and handle them within Sequences.

In previous versions of Convertigo, using this steps resulted in a clubmersome and unwanted "step" wrapping element in the sequence's output.

Now, this unwanted element is not anymore generated, but to preserve compatibility, any existing project migrated from a previous version of Convertigo will still behave in legacy mode.

Having a new Ngx Framework based on Ionic 6+ and Angular 13+ is for sure a good news ! But what happens to all the old projects created insing the legacy Ionic 3 format ?

This is why we added this magic wizard that will convert your previous projects to the Ngx Format. Of course this will perform most of the work but unfortunately as they are breaking changes form ionic3 to 6 , the wizard will try to solve automatically most of them but a few will remain you will have to solve manually.

Auto configures PouchDB and uses it for FullSync projects

Convertigo FullSync internal databases are based on CouchDB NoSQL technology. In previous versions of Convertigo, if you wanted to use FullSync you had to manually install a CouchDB server on your workstation.

This is not anymore required ! Now Convertigo uses a built-in 100% CouchDB compatible server based on the PouchDB technology. You can build your application using this lightweight database and later on deploy it on the production server using the powerful CouchDB servers. 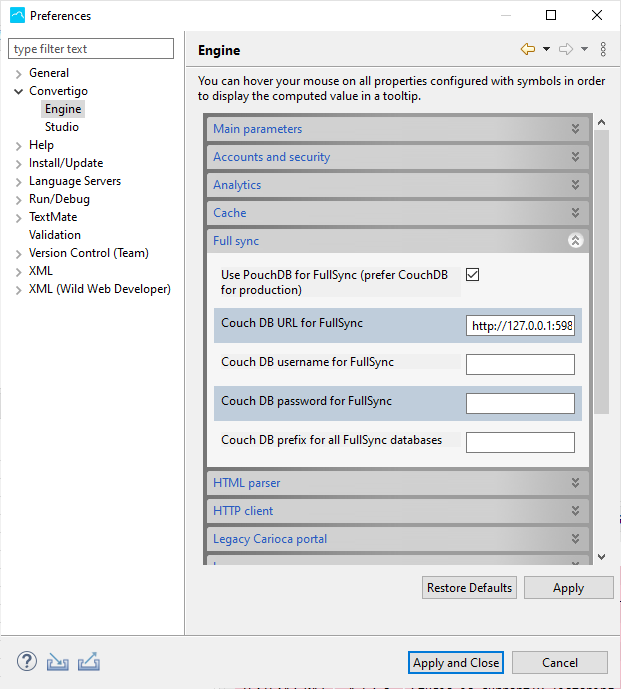 Hide lib_ projects from project with a toggle button in project view header.

Convertigo uses the concept of libraries to hold reusable components such as UI components (SharedComponents) or Back-end sequences. These libraries are held in lib_XXXXX projects and are visible in the studio's workspace.

As libraries are automatically pulled from the repositories when a project referencing them is loaded, the workspace can become very crowded with project libraries and you target project will be lost among all others.

This is why we added a "Hide Library" button in the project window to enable you to focus on your project.

Use 'Hints' when dragging NGX Components from palette

In previous versions of Convertigo, drag & dropping a component from the palette in the app just added this component, and you had to manually add all the necessary sub components needed.

This works for many components, such as Headers, Toolbars, Cards, list containers etc ...